It’s been quiet as far as you know, but behind the scenes, things have been moving forward on the Tribute CD project. Check the website, https://www.drewvogel.com/whatittakestopleaseyou.html, for the most current, up-to-date information on the project.

The artwork is basically done. Linford saw the art for the CD booklet, promo mailer, beg sheets, and supporting materials and loved it. Bruce and Drew are working to find a printer that is willing to donate services (scanning, separating, films, printing, etc) or to offer them at a reduced cost, so that the preparation and duplication of the artwork/booklet doesn’t cost so much money…

We had about 20 song submissions, I think. FAR too many for one CD of any quality. So, we’re considering the options. To some extent, we’re a victim of the success of the project. Bruce and Drew are meeting this week to determine the best way to move forward.

One option is a two-disc set, perhaps with cheaper packaging materials (no plastic jewel case; use cardboard instead, etc.).

Another option is to cut some songs. Neither Bruce nor Drew WANT to do that, if at all possible. But it is an option.

One more option is Volume 1 and Volume 2. We’ll see…

Beyond that, there is the question of royalties for the songs. See, music isn’t free, and you can’t just record someone else’s song and release it. Just to USE these songs on the CD costs money up front, whether or not we sell one single unit. Bruce and Drew decided that the artists on the Tribute CD should NOT have to pay these royalties and that they (Bruce and Drew) would pay them out-of-pocket for the project. Well, that’s over $700, and that money hasn’t exactly been growing on trees…

Also, there is the expense of mastering the project. We’re working with a gentleman who will master the project for us, but there is a travel expense as well as that individual’s charge to consider…

Know this, folks… Bruce and Drew want more than anything to see this project COMPLETE. It’s on track, but the forward motion has slowed a bit. We’re within sight of being done and into production, just not there yet.

(this email is bulk-sent to those that identified themselves as interested in the Over the Rhine Tribute CD project. if you do not wish to receive future mailings, please reply with “UNSUBSCRIBE” in the subject of your email. you may complain bitterly in the body of your email.)

Hey all you Over The Rhine Tribute CD players and pals!

This message was originally sent to my distribution list of Tribute CD folks. If you didn’t get it then, I DO NOT have a current email address for you. You need to get that information to me ASAP!

If you haven’t heard, the official name of the project is “What It Takes To Please You — A Tribute To Over The Rhine”. The website, the best source of up-to-date information, is https://www.drewvogel.com/whatittakestopleaseyou.html. Submissions are CLOSED. No more tracks!

The webpage has been updated TODAY (3-19-01) with new information… Check it out!

Most of you sent in performance information for your track. If you didn’t, or if ANY information has changed, please re-submit.

I need at LEAST the following information from all of you:

1. Title of Song
2. Name of Band/Performer and who played/did what (EXACT spelling and CAPS!)
3. Track producer & other production credits
4. Website and/or contact information
5. City, State where you’re based
6. Few sentence (ONLY!) free-form whatever… Tell us about your band, your perspective, your mom, whatever. No guarantees, but if we have space, we want to use some of this to round out the listings.

Now, if you didn’t submit and want to be removed from this listing, please contact me at drew@drewvogel.com and I’ll remove you.

Thanks!
(i wanna be real)

(this email is bulk-sent to those that identified themselves as participants in the Over the Rhine Tribute CD project. if you do not wish to receive future mailings, please reply with “UNSUBSCRIBE” in the subject of your email. you may complain bitterly in the body of your email.)

Hey all you Over The Rhine Tribute CD players and pals!

We’ve been busy with the Tribute CD project.

If you haven’t heard, the official name of the project is “What It Takes To Please You — A Tribute To Over The Rhine”. The website, the best source of up-to-date information, is https://www.drewvogel.com/whatittakestopleaseyou.html.

We wanted to update you on what we’ve been doing. The following items are in-process or done:
* Essay (it’s really good!) from Lindsey for the booklet.
* Met with the generous and talented Michael Wilson to choose photographs/artwork.
* Finalize/approve design on booklet. (the artwork that’s on the website is not current — we want to keep the new design a secret for now!)
* Secure rights for the music (Bruce is swimming in this stream!).
* Design/approve marketing/pre-order materials. Look for them soon!

The following items are still ahead of us, or are just beginning:
* Media awareness.
* Final selection of charity/charities to benefit from the project.
* Secure goods & services (paper, pre-press, printing, duplicating, mastering). This is a big one, but a plan is in place. No shoe leather, yet.
* Collect information from contributors & incorporate into booklet.
* Finalize track selection/order.
* Determine final selling price.

Here’s where it comes back to you: If you are planning to contribute a track, be aware that the final, absolute, ‘forgeddaboudit’ deadline is Friday, 23-February-2001. This is a slight extension from what had been posted on the website.

We’re looking good for an March/April release. We’re striving to get the project out around the same time as the release of “Films For Radio”.

(this email is bulk-sent to those that identified themselves as participants in the Over the Rhine Tribute CD project. if you do not wish to receive future mailings, please reply with “UNSUBSCRIBE” in the subject of your email. you may complain bitterly in the body of your email.)

The website for the Over The Rhine Tribute CD, “What It Takes To Please You”, is at www.drewvogel.com/whatittakestopleaseyou.html. 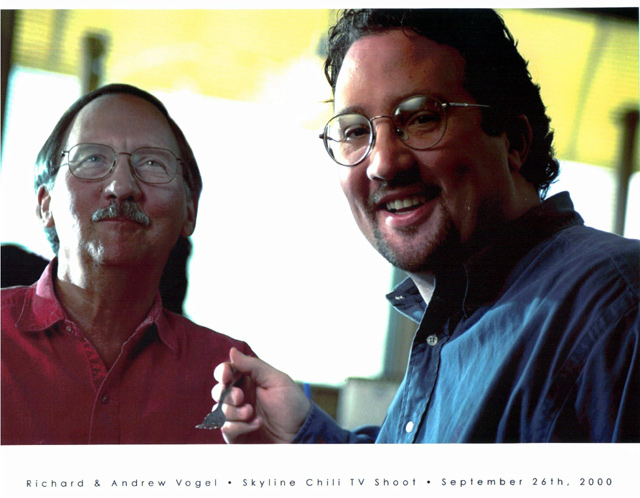 Douglas Coupland, born December 30, 1961 in West Germany, is the author of several books: Generation X, Shampoo Planet, Life After God, Microserfs, and most recently, Postcards from the Dead.

Coupland’s work is the voice of a generation. His views and ideas represent those being felt by the kids of the ‘lost’ generation – Generation X. His books are at once disturbing, funny, shocking, and astoundingly insightful. When considering his works, one is reminded of the prose that will sneak up on you and ring clear and true like a bell.

I will mention at this point, though, an incident that happened at the dinner table the night Grandma and Grandpa came over. Just before he left, Grandpa started coughing — real tubercular lungbusters — and we could only sit politely waiting for the coughing bout to end. When we thought he was finished, we were standing up, leaving the table and heading for the door, when suddenly Grandpa made one final last 1,000 kiloton looger, right into the sandalwood candelabra Jasmine bought at the Snohomish craft fair, extinguishing all three candles. We then proceeded to the front door and said our good-byes to him and Grandma. Then, while Jasmine, Grandma, and Grandpa were walking down to the soon-to-be-repossessed Lincoln Continental, Daisy, Mark, and I walked back to the dining room table and looked at the candelabra in silence. While Daisy and Mark stood by the candles, I fetched a box of decorative matches from the fireplace, returned to the table, and relit the candles. Once these candles were all burning fully, the three of us move in on them, and without speaking, we blew them out together,
just as Jasmine was walking back in the door.

“What are you kids doing?” she asked us, but we never replied, and she walked into the kitchen.

The moment was not one that could be talked about. The moment was entirely ours. As brothers and sister we knew instinctively that if we were going to stand in darkness, best we stand in a darkness we had made ourselves.

I know it’s been a while since we’ve spoken, and in some way it is my fault. But it is mostly YOUR fault. I’ve been carrying the Secret Grape Wagon from city to city, waiting for you. I’m writing today because I just realized that I need some money. Send me some money.

How have you been? Even though we may have met once or twice in person, I don’t really remember you. Nor would I acknowledge you if we ran into one another on some dusty downtown street. I’d probably cross to the other side of the street. Send me some money.

This is Drew Ford writing from Cincinnati, Ohio, on a day that is so nice that it makes any other days that have been nice look not-so-nice in comparison which isn’t really fair because each day is its own creation and shouldn’t be compaired to any other no matter what but I did it anyway. I am fond of this city. Send me some money.

The other night, I was performing with Hillbilly Junkfood the other night (buy their stuff!). We were in Detroit. Detroit is an unusually stunning town in its own right — the crack whores on the gritty sidewalks, the drug-dealers under the bell towers. Send me some money.

I’ve been recording some stuff lately, too… Mostly it’s just sounds of Drew Ford — me sleeping, me brushing my teeth, me taking a shower, talking to the mailman. It’s so self-indulgent that it’ll make your heart stop beating and blood come out your eyes. Send me some money.

A few weeks ago, when I was in Nashville recording, I spent part of a lazy, golden Sunday afternoon with the Koshockton Tribune and a cup of Mocha Java in a coffehouse called Coffeehouse in the neighborhood of Black Lung. I read in the Tribune that Tommy Tune would be playing at the Civic Theatre the very next night. So I scraped up what little money I have (send), found a payphone (me), and dialed with a fury not often seen in these old fingers (some) until I was able to get through and get tickets to see Tommy Tune (money)! Send me some money.

It is exactly this sort of depraved lunacy that made me want to stand on two glossy metal folding chairs in the middle of a bus station and play gypsy xylaphone for whomever cared enough to drop some shiny coins into my empty French Vanilla coffee can. That French Vanilla is so good on a lazy, golden day. Maybe a Sunday. Probably Sunday. Certainly NOT on a Wednesday. Sunday it is then. Send me some money.

It’s September, folks, and we’re nearing one of my hands-out (err… hands DOWN) favorite times of the year here in Ohio. We’re counting the days on our outstretched fingers until Coney Island, then we’ll be busy counting our money. And what can you expect? Send me some money.

I hear onstage stilted tomfoolery, reminding you that even though you paid money to see me play, I am only up there for my own enjoyment. You’ll wonder at the color of my eyes, because I never look at you. Only at the keyboard and my lovely, lovely hands stroking the keys like they were the spine of some long-forgotten lover. Rose?

There may be some others playing with me. Or maybe not. Or I may tell you that specific people will be there, but then they won’t be. That’s it. You’re out of the band. Wait. You’ve got money? No. You’re back in. Come give me a hug. Give me some of that money.

Down by the river we’ll dream awhile. Bring your wallet.