CULINARY: My second night at Pigall's 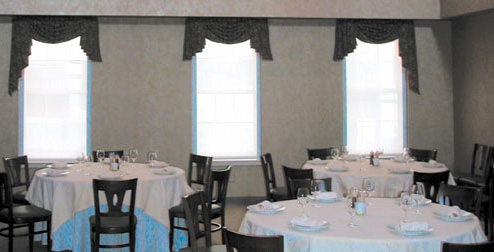 On Saturday (January 29, 2005) I worked at Jean-Robert at Pigall’s restaurant for my second night.Jean-Robert at Pigall’s serves French-American cuisine in a modern Parisian setting, with a little New York ambiance and plenty of Cincinnati charm. Chef and owner Jean-Robert de Cavel’s innovative prix fixe menu features a delectable array of appetizers, entrees and desserts accompanied by an extensive wine list. A five-course degustation menu is also offered and wine pairings, suggested by the sommelier, are available for all menu selections.Â

I arrived around 2:00pm and was greeted warmly by the crew in the kitchen. The guest list was a little lower this time than the first time I worked there, owing to Cincinnatian’s mortal fear of the “white death“, which anyone else calls “snow flurries“. As a result, the atmosphere in the kitchen was a bit more relaxed. Note that I said a bit more relaxed — even with a lighter guest list, the crew is still very serious about food and quality preparation.

For the first several hours, I worked prep, helping by cutting up vegetables, making sabayon, peeling artichokes, preparing citrus zest, and generally doing whatever needed to be done to get ready for service.

Around 4:45, the ‘family meal’ was served. This time it was cassoulet and mashed root vegetables. Shortly after, the lights in the kitchen dimmed to indicate that service had begun. I was much less anxious about service, having experienced it once before, and was able to contribute more. Once again, I ‘helped’ Bob on cold appetizers (I say ‘helped’ because it’s still probably more of a slow-down for him than a speed-up, which is something I am working on changing). This time, however, I was able to handle one dish (Jonah Crab Salad with Avocado, Fennel, Cauliflower, Kentucky Caviar and Lemon Dressing) myself through most of service.

While I was feeling very pleased with myself, I was also aware that I was handling some fraction of the entire station… Bob was easily doing seven times as many dishes as I was, in addition to calling the incoming orders and more. I still felt good being able to contribute that much! I left the kitchen after 11:00pm, tired, but feeling good.

It is my sincere hope that I can continue volunteering there. The experience is great, though it was a little stressful trying to find my way out of the parking garage for the first time! More as it develops!