MOUNT KISCO, N.Y. – “Superman” actor Christopher Reeve, who turned personal tragedy into a public crusade and from his wheelchair became the nation’s most recognizable spokesman for spinal cord research, has died. He was 52.

Reeve went into cardiac arrest Saturday while at his Pound Ridge home, then fell into a coma and died Sunday at a hospital surrounded by his family, his publicist said. 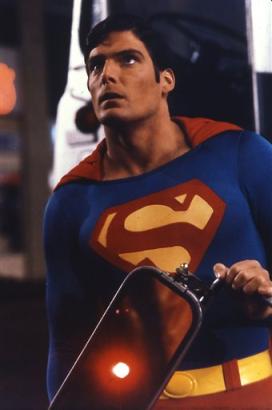 His advocacy for stem cell research helped it emerge as a major campaign issue between President Bush (news – web sites) and his Democratic opponent, John Kerry (news – web sites). His name was even mentioned by Kerry during the second presidential debate Friday evening.

In the last week Reeve had developed a serious systemic infection from a pressure wound, a common complication for people living with paralysis. He entered the hospital Saturday.

Dana Reeve thanked her husband’s personal staff of nurses and aides, “as well as the millions of fans from around the world.”

Before the 1995 accident, his athletic, 6-foot-4-inch frame and love of adventure made him a natural, if largely unknown, choice for the title role in the first “Superman” movie in 1978. He insisted on performing his own stunts.

“Look, I’ve flown, I’ve become evil, loved, stopped and turned the world backward, I’ve faced my peers, I’ve befriended children and small animals and I’ve rescued cats from trees,” Reeve told the Los Angeles Times in 1983, just before the release of the third “Superman” movie. “What else is there left for Superman to do that hasn’t been done?”

Though he owed his fame to it, Reeve made a concerted effort to, as he often put it, “escape the cape.” He played an embittered, crippled Vietnam veteran in the 1980 Broadway play “Fifth of July,” a lovestruck time-traveler in the 1980 movie “Somewhere in Time,” and an aspiring playwright in the 1982 suspense thriller “Deathtrap.”

More recent films included John Carpenter’s “Village of the Damned,” and the HBO movies “Above Suspicion” and “In the Gloaming,” which he directed. Among his other film credits are “The Remains of the Day,” “The Aviator,” and “Morning Glory.”

Reeve’s life changed completely after he broke his neck in May 1995 when he was thrown from his horse during an equestrian competition in Culpeper, Va.

Enduring months of therapy to allow him to breathe for longer and longer periods without a respirator, Reeve emerged to lobby Congress for better insurance protection against catastrophic injury. He moved an Academy Award audience to tears with a call for more films about social issues.

“Hollywood needs to do more,” he said in the 1996 Oscar awards appearance. “Let’s continue to take risks. Let’s tackle the issues. In many ways our film community can do it better than anyone else.”

He returned to directing, and even returned to acting in a 1998 production of “Rear Window,” a modern update of the Hitchcock thriller about a man in a wheelchair who becomes convinced a neighbor has been murdered. Reeve won a Screen Actors Guild (news – web sites) award for best actor in a TV movie or miniseries.

“I was worried that only acting with my voice and my face, I might not be able to communicate effectively enough to tell the story,” Reeve said. “But I was surprised to find that if I really concentrated, and just let the thoughts happen, that they would read on my face.”

In 2000, Reeve was able to move his index finger, and a specialized workout regimen made his legs and arms stronger. With rigorous therapy, involving repeated electrical stimulation of the muscles, he also regained sensation in other parts of his body. He vowed to walk again.

“I refuse to allow a disability to determine how I live my life. I don’t mean to be reckless, but setting a goal that seems a bit daunting actually is very helpful toward recovery,” Reeve said.

Dr. John McDonald treated Reeve as director of the Spinal Cord Injury Program at Washington University in St. Louis. He called Reeve “one of the most intense individuals I’ve ever met in my life.”

“Before him there was really no hope,” McDonald said. “If you had a spinal cord injury like his there was not much that could be done, but he’s changed all that. He’s demonstrated that there is hope and that there are things that can be done.”

Reeve was born Sept. 25, 1952, in New York City, son of a novelist and a newspaper reporter. About the age of 10, he made his first stage appearance â€” in Gilbert and Sullivan’s “The Yeoman of the Guard” at a theater in Princeton, N.J.

After graduating from Cornell University in 1974, he landed a part as coldhearted bigamist Ben Harper (news) on the soap opera “Love of Life.” He also performed frequently on stage, winning his first Broadway role as the grandson of Katharine Hepburn (news)’s character in “A Matter of Gravity.”

Reeve’s first movie role was a minor one in the submarine disaster movie “Gray Lady Down,” released in 1978. “Superman” soon followed. Reeve was selected for the role from among about 200 aspirants.

While filming “Superman” in London, Reeve met modeling agency co-founder Gae Exton, and the two began a relationship that lasted several years. The couple had a son and a daughter, but never wed.

Reeve later married Dana Morosini; they had one son, Will, 12. Reeve also is survived by his mother, Barbara Johnson; his father, Franklin Reeve; his brother, Benjamin Reeve; and his two children from his relationship with Exton, Matthew, 25, and Alexandra, 21.

No plans for a funeral were immediately announced.

In his 1998 book, “Still Me,” he recalled that after the accident, when he contemplating giving up, his wife told him: “I want you to know that I’ll be with you for the long haul, no matter what. You’re still you. And I love you.”

His children helped, too, he told interviewer Barbara Walters.

“I could see how much they needed me and wanted me … and how lucky we all are and that my brain is on straight.”